The Muslim clergy issues fatwas for two primary reasons: First, to impose their interpretation of shariah; and, second, to maintain their stranglehold over the community of believers lest they break free and move with the times. This is most evident in Saudi Arabia, the powerhouse of Wahabi Islam, which inspires the ulema worldwide to militate against modernism.
In this excerpt from an all-new edition of his path-breaking book The World of Fatwas or the Shariah in Action (HarperCollins) scholar, author, celebrated journalist, former editor and minister and one of the foremost voices in India’s public life and discourse, Arun Shourie looks at how fatwas work in Saudi Arabia. – Editor
As part of his efforts to introduce reforms, in 2009 Saudi King Abdullah had inaugurated a university in which young men and women were studying together. In February 2010, Sheikh Abdul Rahman al-Barrak, reputed to be “the leading independent authority of Wahabism”, issued a fatwa decreeing death for those who were promoting ikhtilat — the impermissible mixing of sexes. This makes it possible for the parties to see what is forbidden and to engage in exchanges that are forbidden, the fatwa declared, and “All this leads to whatever ensues.” “Whoever allows this mixing allows what is forbidden,” the Sheikh decreed, ”and whoever allows them is an infidel and this means defection from Islam.” 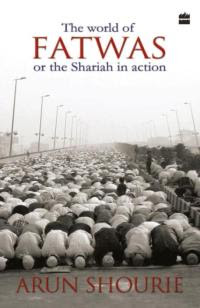 “Either he retracts,” the fatwa read, “or he must be killed because he disavows and does not observe the shariah.” Furthermore, “Anyone who accepts that his daughter, sister or wife works with men or attends mixed-gender schooling cares little about his honour and this is a type of pimping,” it held.
The fatwa had brought discomfiture to the royals themselves. Soon after 9/11, in September 2001, Sheikh Hamoud bin Oqla Al-Shuabi, an 80-year-old blind religious authority had issued a fatwa expelling King Fahd and his entire — 30,000 strong — family from Islam. He had charged them with what is in Islam one of the gravest of crimes, that of helping infidels — in this case, the US — in their war against Islam… When the royal family sought retraction of his fatwa, other religious scholars added their voice, including some mainstream preachers. The Sheikh scorned the overtures, and stuck to his fatwa, telling the authorities that came to question him, “Whoever backs the infidel against Muslims is considered an infidel.”
The fatwa was of the gravest import as the Saudi rulers derive a very large proportion of their legitimacy from the Wahabi clerics.
Come mid-August 2010, and King Abdullah decreed that henceforth only the –  officially appointed and recognised — Committee on Scholarly Work and Ifta shall issue fatwas. It would function under the twenty-one-member Council of Senior Ulema.
Soon after being constituted, the council denounced the practice of bringing or sending flowers to patients in hospitals. This is a foreign custom, it decreed, and “imitates Allah’s adversaries”.

In 2009, the Grand Mufti declared that it was permissible for girls of ten or above to be married by their fathers. The Saudi Government tried to limit the age at which girls so young could be married.
Sheikh Saleh Al-Fawzan (a member of the Committee on Scholarly Work and Ifta and Council of Senior Ulema) issued a fatwa. The fatwa declared that fathers could marry off their daughters even if they were in a cradle. There is only one caution, it said. The husbands are not permitted to have sex with the little girls “unless they (the little girls) are capable of being placed beneath and bearing the weight of the man”.

The Committee for the Promotion of Virtue and Prevention of Vice is a much feared body in Saudi Arabia. And justly so. In 2002, a school in Mecca caught fire. Young girls trapped in the burning buildings were trying to rush out. The personnel of the committee prevented them from coming out — they were not wearing the mandatory head cover. Fifteen girls perished as a consequence. Outrages of this kind have taught everyone to steer clear of members of this organisation. 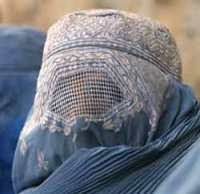 It so happened that one of the members of this powerful organisation was walking down a street in November 2011. He chanced to see a woman who was walking with her husband. Her eyes aroused the committee worthy. An altercation ensued. The husband suffered two stab wounds. And on whom did the blame fall? On the poor woman’s eyes.
So, steps were taken to pass a law to make it mandatory for women with attractive eyes to cover, not just one of the eyes but both of them. – Niti Central, 22 August 2012
Posted by Explorer at 1:20 AM 1 comment:

Email ThisBlogThis!Share to TwitterShare to FacebookShare to Pinterest
Labels: islam, The world of Fatwas

Oct 28 2012
LUCKNOW: Taking a dig at the current political situation in the country, senior BJP leader and former minister in Atal Bihari Vajpayee's cabinet Arun Shourie said the "legitimacy of the political class has been eroded." His comment on Sunday came even as he reiterated indirectly his support to the Congress-led UPA II government's decision to hike diesel prices. Shourie said opposition for the sake of being in the opposition was not the right approach.
Shourie asked: "If I say the need of the hour is to check subsidies and reduce fiscal deficit there is a sudden uproar. Why? Each party simply wants to criticise the other," he added. Shourie was in Lucknow to attend a function organised by Mahamana Malviya Mission on 'Malviya's vision on industrial development and challenges ahead' in Gomtinagar locality.

He, however, refused to talk to journalists present, blaming media for playing up his comments unnecessarily. But during his lecture, he criticised repeatedly the political classes too for behaving in a stereotyped fashion.
Source: http://articles.timesofindia.indiatimes.com/2012-10-08/lucknow/34322140_1_arun-shourie-hike-diesel-prices-political-class
Posted by Explorer at 1:17 AM No comments: