Hitting out at the UPA government, former Union Minister Arun Shourie said that their core competence lies at appropriating credit for good work and blaming others for their own poor performance.
Speaking at the session 'The Dead Hand of the State: Why the Government Has No Business to Be in Business' at 13th India Today Conclave on Friday, Shourie said, "Since 1991, we have seen the sector which have missed the eye of the state have progressed like IT. On the contrary, education which was directly under the government's eye continues to lag behind."
Beginning on a lighter note, Shourie said, "Any government that comes in the Centre has two illusions. One that it can change the public sector enterprises and the other being that it will improve relations with Pakistan."
"Record speaks for itself that the government has no hand to be in business," he said.
The former Disinvestment Minister said the focus of government in the past few years has come down to expenditure and not on the outcomes.
The disease has infected even the courts which frequently say that profiteering should not be the government's focus, he said. 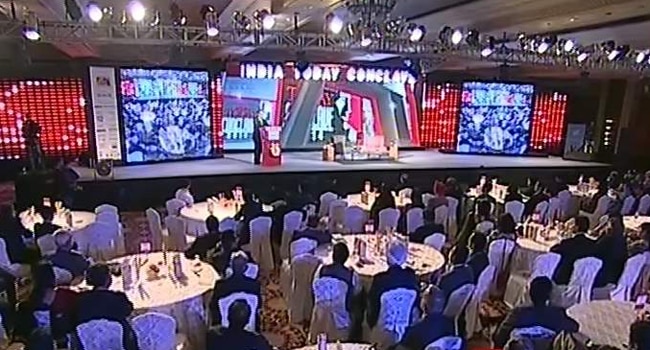 Counting the remedies to the problem, Shourie said that the number of regulations need to be brought down. He added while we have to change the course of discussion, procedures need to be improved and codified. All allocations must be related to outcomes and not inputs, he added.
Appealing to the people, Shourie said, "We have to come forward. The state cannot be improved if we do not change. For that, two things are necessary. First, to reverse the perverse norms of society. And secondly, we have to change our own conduct. Unless we do that, there is no change anywhere."