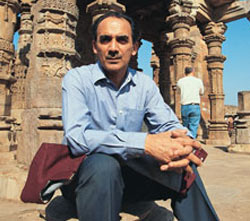 A veteran of many battles against the authority, Shourie, discusses philosophy, politics and policies in a freewheeling conversation with Mahesh Sarma, editor, Careers360. Excerpts:
You studied at Modern school. Then St Stephen's College. So it wasn't a struggle, right?I have been very fortunate, meaning I have not had to struggle with poverty so to say. I am the son of a very honest civil servant, a very creative one. But I struggled against authority, which would mean governments, dominant intellectual fashions etc. For instance, when everybody was a socialist, I felt that those controls, and the License Quota Raj is going to cost us a generation and everybody condemned what I wrote at that time.

I find this information very useful and it has considerably saved my time.thanks